Sometimes you don’t know, until you go though things and hopefully I can save someone some trouble with the things I wish I knew when I was in my 20s about love and relationships.

1. You shouldn’t have to love yourself less to prove that you love someone the a lot.

Love and being in love takes a lot of work and sometimes sacrifice. But there’s a line I wish I knew I should never cross—compromising my own happiness or stunting my own growth. In my twenties, the way I showed love was through sacrifice—look at what I’m willing to do or not do for you. When in fact, the one you’re meant to be with is happier when you’re happier and comfortable when you’re being yourself. That means spending time away if you’re studying or doing an internship. That means not having to explain a new path you want to explore in fear that it will divide the two of you.

2. Even if you’re madly deeply in love, you can still say no. In fact, you’ll need to say it often.

No one says this enough or at all for that matter. Being in love isn’t about having no boundaries or restrictions. Being in love doesn’t mean you cannot speak up when you’re unhappy, feel threatened, or uncomfortable. Also, saying “No” when you mean it, saves you from future problems that are inevitable if you don’t speak up now. Sometimes we go with the flow or say “maybe” when we really want to say “No!” because we don’t want to hurt someone’s feelings or we’re afraid they will leave especially when we’re in love. You can fall into the habit of agreeing or going along with something that makes you unhappy and setting your relationship up for failure which is ironic because you think being agreeable will make your relationship easier. An example: you don’t have to go to every single event that your partner is invited to. If you feel like doing something else, have to study, or just feel like resting, you should be able to.

3. It’s never too soon to seek counseling and it doesn’t mean your relationship is doomed. 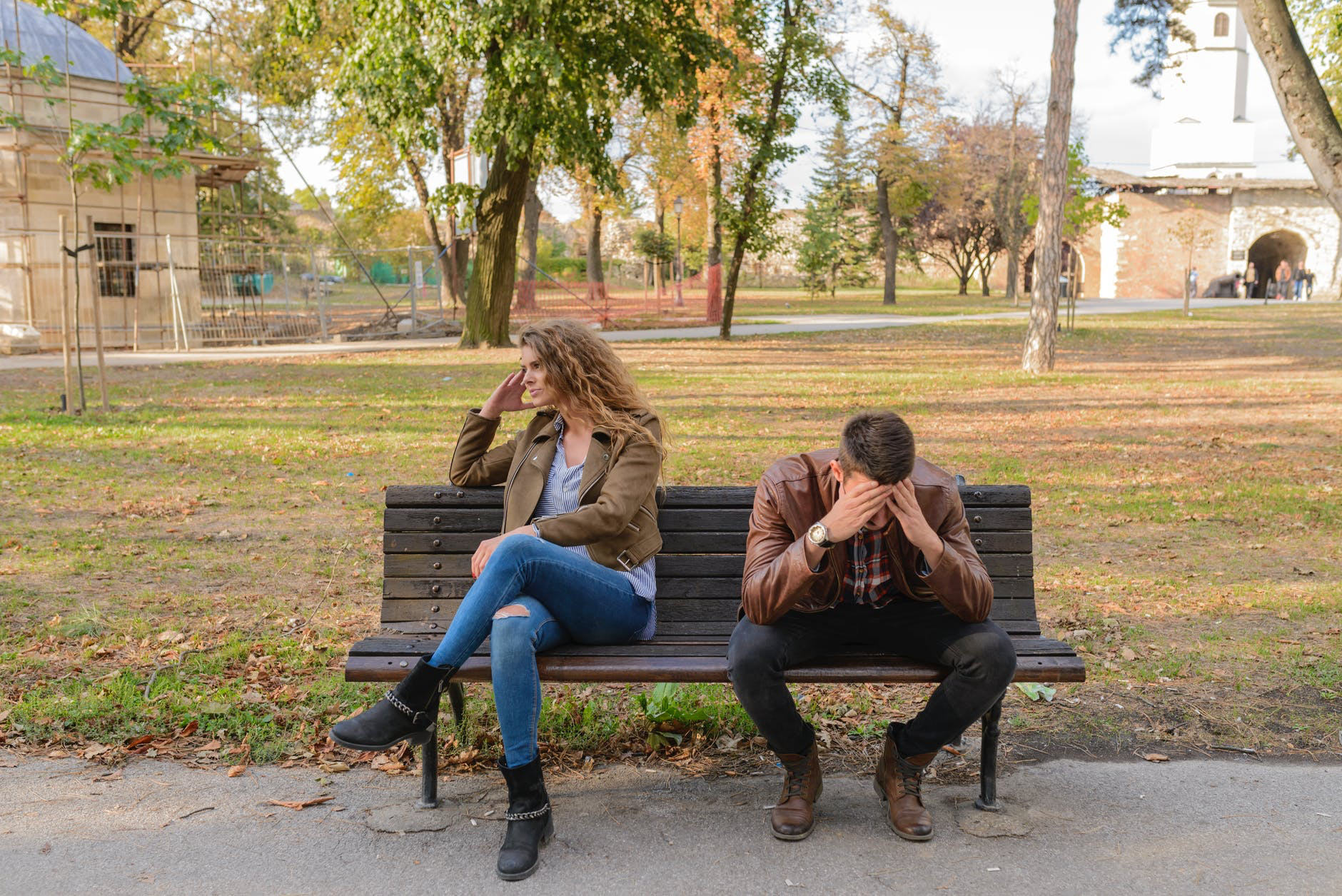 If a problem or argument keeps occurring and no solution seems to be in sight, seek help from a close friend, family member, therapist, or counselor. Too often, we have this image of a married couple headed for divorce, desperately trying to salvage their marriage sitting with their backs turned to each other in a therapist’s office. We think of seeking help as a last resort instead of a healthy way to deal with issues both big and small.

4. You’re going to change and grow, sometimes together, sometimes apart.

Some studies suggest that people change every 7 years or so on average. We grow, we learn, we simply just find ourselves over time. In some ways you and your significant other will differ or seem to grow in different directions. Sometimes it’s no big deal and things will carry on as normal and some changes will shake the very core of your relationship. Either way, let these changes occur and don’t fight them. You are both becoming truer versions of yourself. If it brings you closer together, let it. If it seems to drive you apart, do not suppress their or your growth. Understand it’s for a reason.

5. You can love someone without being in love with them.

Sometimes you will realize that passionate love was actually lust or that you’re better off being friends. It can be confusing, you feel so much love and admiration for someone yet it’s not the kind of love you originally had hoped for.

6. Just because you love someone it doesn’t mean you two belong together.

And, to continue from above, you can find yourself totally in love with someone yet no matter how much you try, things are never secure. I’m a firm believer in trying and putting your best effort in making a relationship work if you feel that it is what you want, but if the relationship is causing pain or you feel like something isn’t right, go with your intuition

7. Give each other space. Being apart is not the same as drifting apart.

I admitted in a previous post that I was a jealous girlfriend earlier in my life. Sometimes we get in this habit of doing everything with our significant other and doing things without them or alone seems strange. I viewed us as a pair and we did almost everything together. In some ways it was because I felt like no one could betray me if I was always there and available. This isn’t healthy. Let whoever you’re with be themselves. I know it can feel like you need to keep a tight rope, especially with all of the stories of infidelity lately, but let that person mess up or do right by you. Let them show you who they really are. Have a life outside of your relationship because life is too short to stop making friends and meeting new people.

8. If someone you love is untrustworthy, it’s not you’re job to monitor them. 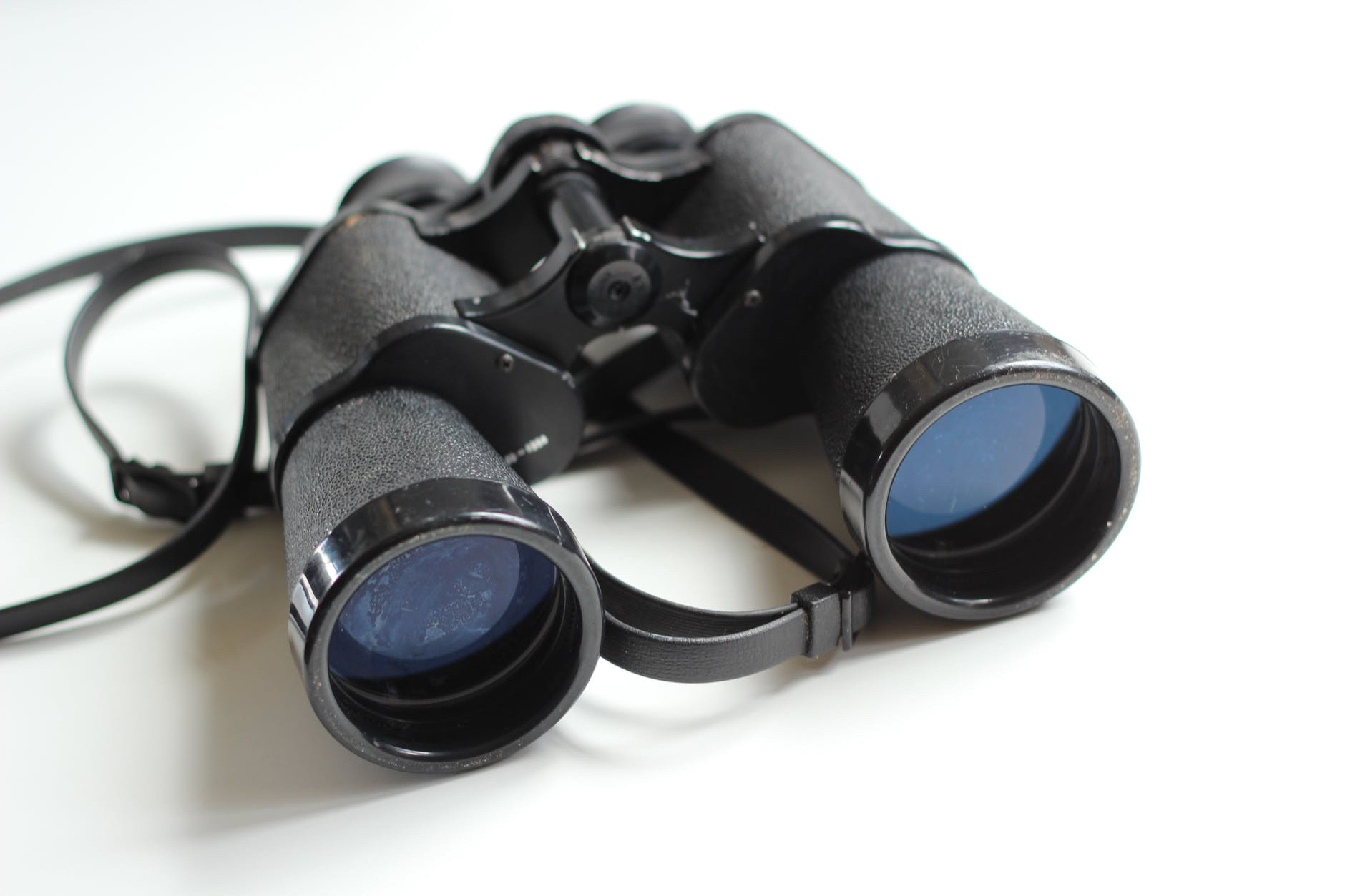 If you feel as though the person you’re in a relationship with is untrustworthy, it’s for a reason. And that reason isn’t because they need to be monitored. It’s not your job to find ways to trust someone. They should show you through their actions and words how trustworthy they are and how much they respect you. Again, let them show you who they really are.

9. “Sorry” will not fix everything and you don’t have to accept every apology.

When we were young, as children, we were told to accept apologies on the playground and to quickly apologize if we hurt someone’s feelings or did something wrong. But, as adults we don’t realize that we don’t have to accept every apology. Most are not sincere and sometimes it’s just said to end bickering. If you feel as though someone is constantly apologizing yet continues the same behavior, sorry is not enough. Or if someone acts in a way that’s a major red flag to you, you don’t have to accept an apology if you’re being abused or disrespected or if you know it’s something you do not want to become the norm.

10. You don’t need an obvious reason or huge fight to break up or to take a break.

Whenever a couple breaks up, usually they site infidelity or some other major reason for their breakup. And so, we are conditioned to believe that we need a huge and obvious reason to end a relationship. You don’t. If you’re gut feeling tells you things are not right, that’s a good enough reason. If you feel unhappy, unfulfilled, or simply unsatisfied that’s a good reason.

11. Getting engaged or becoming a wife/husband will not solve you’re relationship issues, in fact if unresolved, it may make things worse.

A lot of people are struggling in their relationships and yet the minute marriage or the idea of marriage enters the equation, they become distracted. Whatever problems you have before you say “I do” will continue or get worse after you are married. Marriage will not magically remove unsolved or reoccurring problems.

12. How soon a person proposes doesn’t signify the strength of your relationship or authenticity.

My husband didn’t propose until we had been dating for six years. I will admit, watching everyone else get engaged way before we did, especially couples that had not been together very long, tore me up inside. People tend to think, when a guy knows…he just knows! And that the faster a man proposes, the more in love he is and the more he realizes your value. That’s bullshit. We were very young, still not totally independent, and still trying to figure out our lives. Looking back, I’m grateful that we dated for as long as we did and also took our time after we were engaged, too. Our timeline worked for us.

Of course love and those we love bring us happiness. But we should never depend on someone to make us happy. It never ends well. We need to learn to be happy with ourselves and the life we create for ourselves. It’s no ones job to make you happy, but your own.

14. Don’t make excuses for someone’s behavior just because you’re in love. When someone shows you who they really are, believe them. 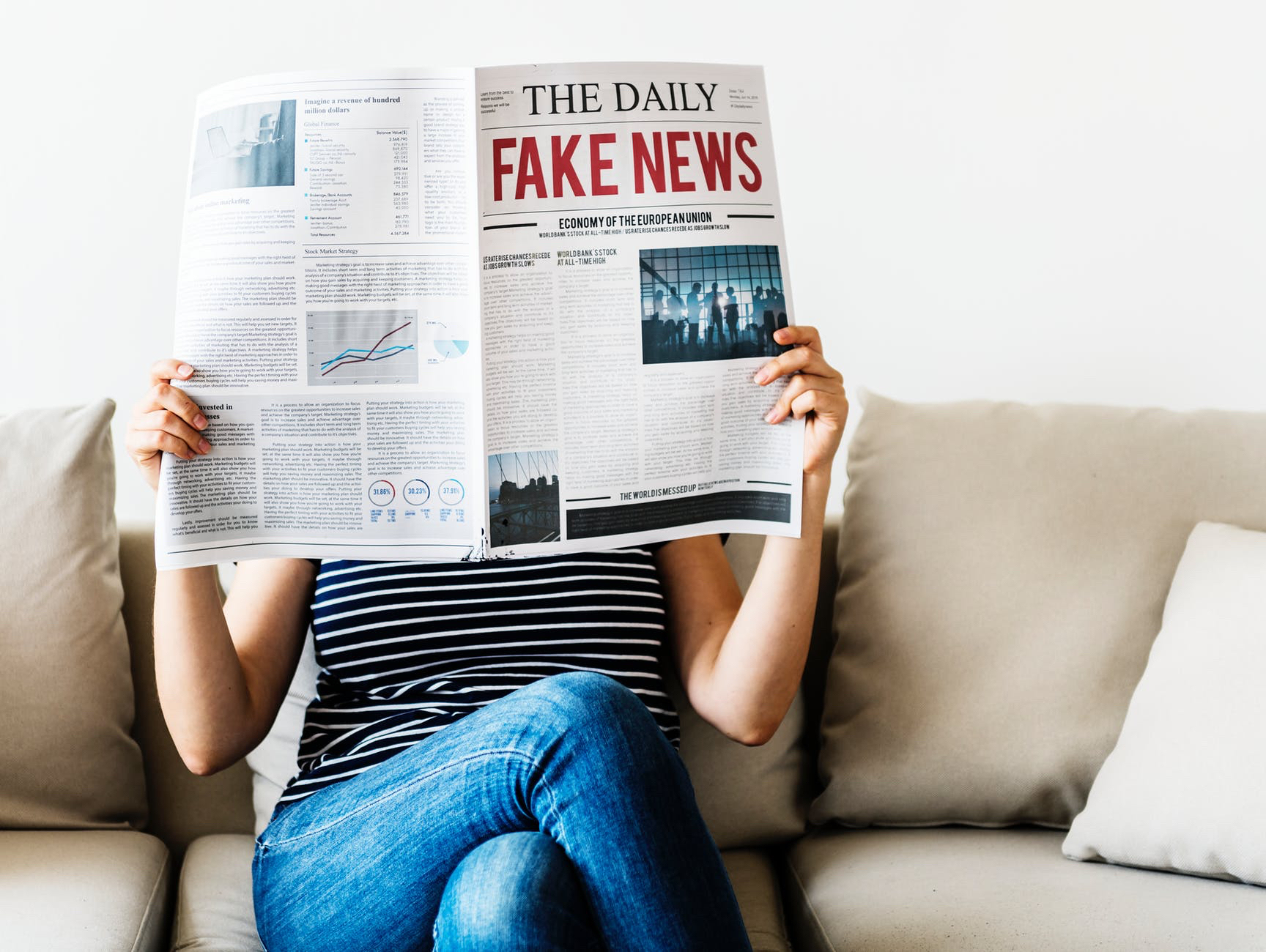 Don’t get in the habit of making excuses for someone else’s behavior. Over time, everyone shows more of their true self. Believe when someone shows you who they are.

15. Sometimes the truth comes out when you’re angry. Pay attention to it. 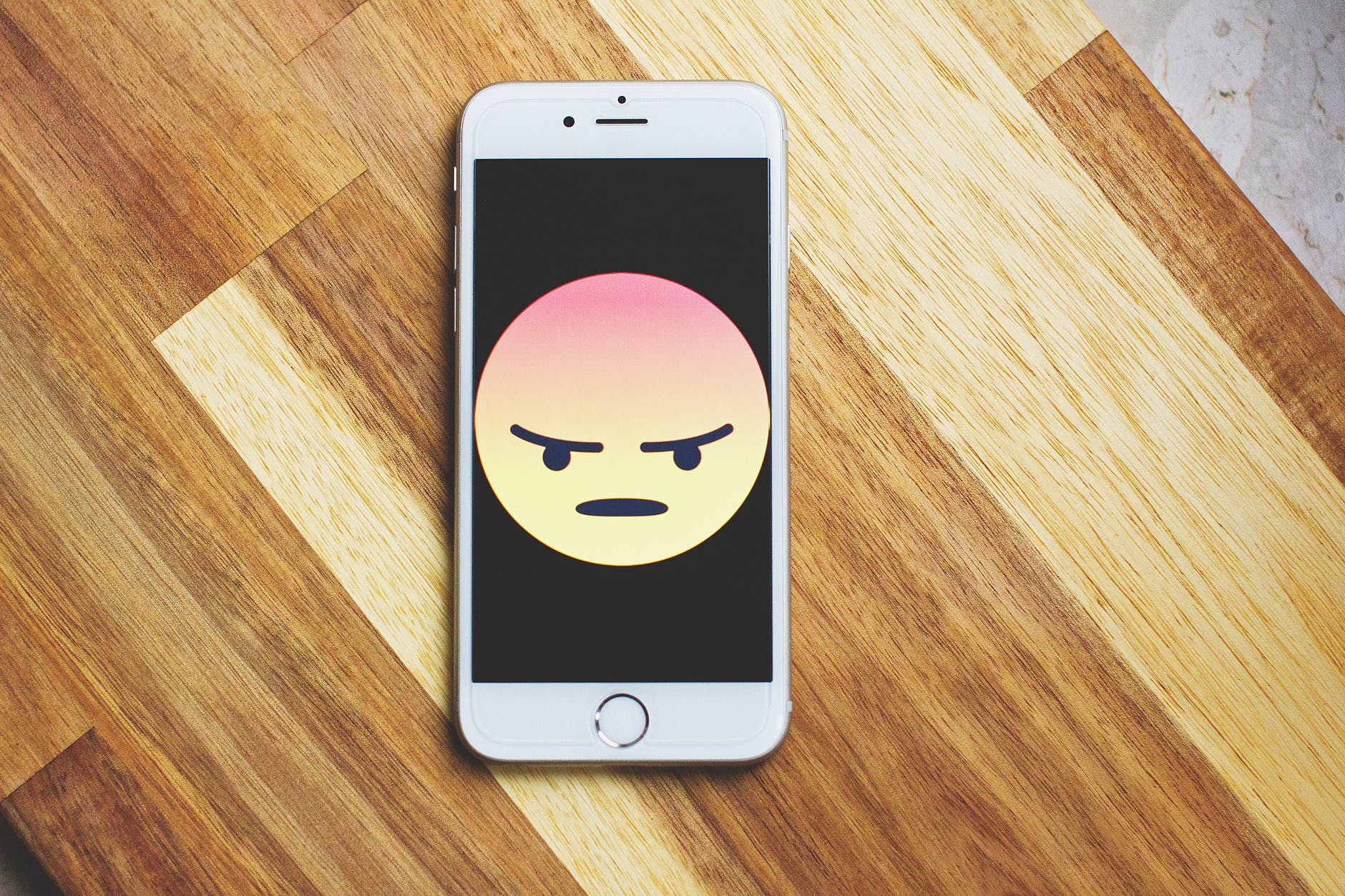 The truth has a way of spilling out unfiltered and raw when you’re angry. Pay attention to what you and your partner say when you’re angry or do not get your way. If one of you keeps bringing up the past, you’re not over it. If it gets so heated that nothing is ever solved, it’s a red flag.

16. You cannot force or teach someone how to love you.

Of course loving someone requires that you both learn about each other but if you literally have to break out lists, charts, and notes in order for them to understand what you need or want, that’s where things get a little murky. You cannot or should not have to mold someone into the perfect partner.

17. Let your significant make choices, even if you know it’ll be one you’re against. Let them be themselves. 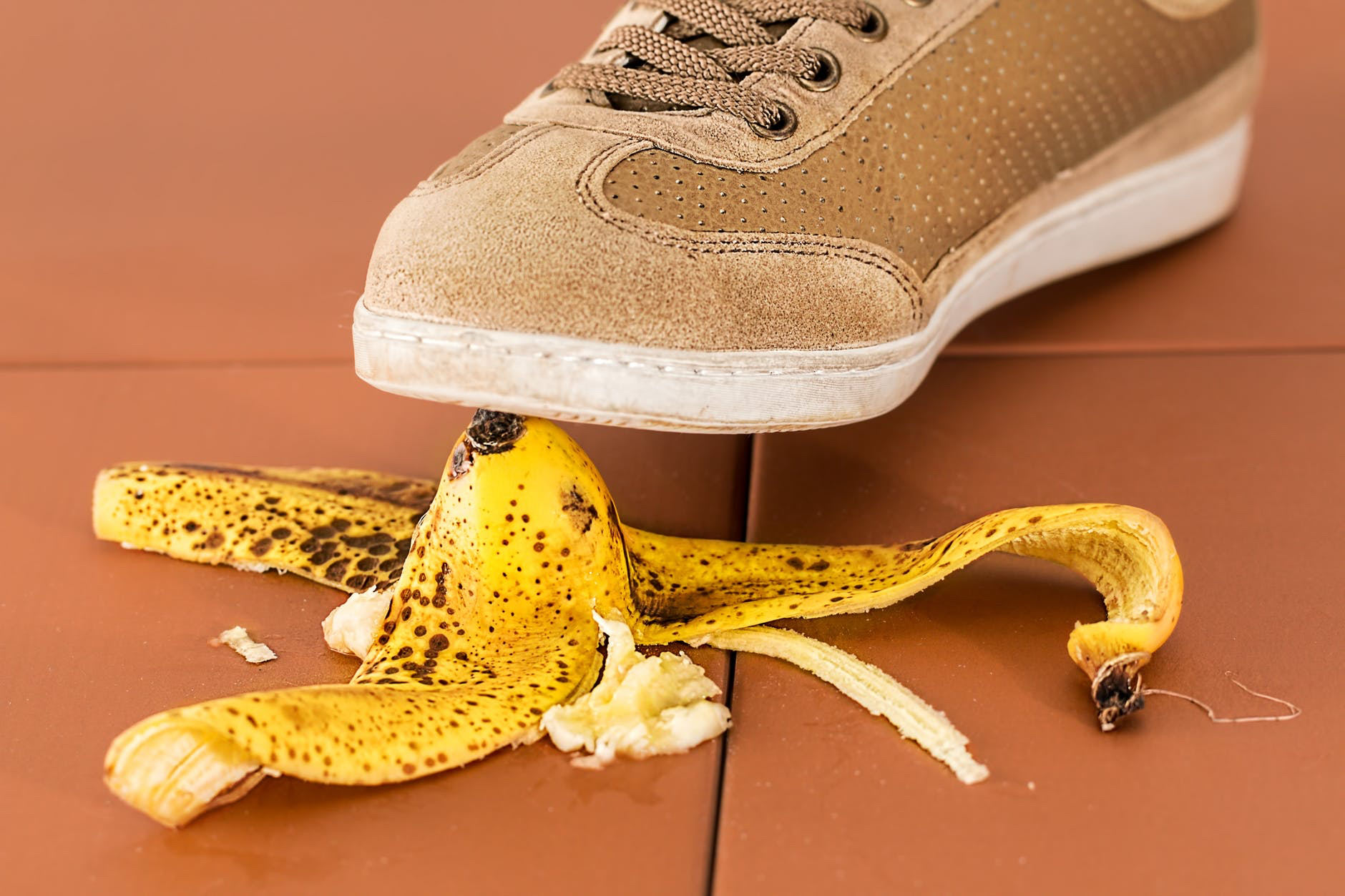 Again, love isn’t about control. I know sometimes it can be really hard to just let go, but you have to allow people in your life to be themselves. Even if it makes you uncomfortable. Letting someone be their true selves will give you a better view of the person you’re with rather than being surprised later. Allow people to make their own decisions even if it seems they’re going in the opposite direction than you hope.

18. Pay attention to how someone acts when they don’t get their way.

You will not always agree or find a way to compromise on everything. Pay attention to how someone acts when things don’t go their way. Are they abusive? Are they childish? Or do they try to keep an open mind? Because ultimately, this is just a small preview for what you’re in for if this relationship gets more serious.

19. Making up and solving a problem are two different things.

20. Their family will become yours and vice versa.

No one talks about this enough, but when you date someone or marry someone, you inherit their family and friends, in a way. If you don’t get along with his mother or perhaps you don’t get along with her brother, do NOT assume that one day you will “lay down the law” and severe those ties. Also, be mindful that you will now have to accommodate a larger family during the holidays. Who will you spend the holidays with? How will you respect your family traditions as well as your partners? How will you have your own traditions and boundaries and still blend both families together?

*All images via Pixels 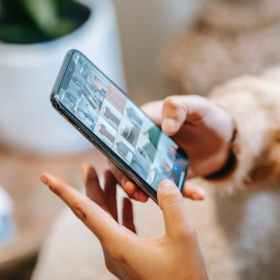