You can’t avoid influencers on social media. They’re everywhere. And they are no longer just celebrities. Over the years, I’ve watched as pages grew and everyday people became influencers. If you don’t know, an influencer is a person who has the ability to encourage people to purchase a product or service and potentially market or promote businesses and products for a fee. Basically, influencers set trends and introduce their followers or audience to various businesses, products, and services. I know very little about the whole industry and I wanted to dive deeper into the world of an influencer.

I reached out to an influencer who has a huge following and works for dozens of brands to get a behind-the-scene glimpse at her life. We’ll call her Rory.

Rory has been an influencer for about 4 years officially. When I asked what drew her to become one she revealed, “I’m going to be honest. At first, it was all about the free stuff! I wanted to just get boxes and boxes of happy mail that didn’t put a dent in my paycheck.”

If you don’t already know, a lot of influencers get a ton of free stuff from brands in order to promote these products. But after the excitement from getting free stuff wore off, Rory decided she needed to get the ball rolling and to take the influencer lifestyle more seriously. She states, “I realized I was selling myself short by only asking for freebies. As my followers grew, I decided to no longer accept it as payment for unboxing and making content. It was scary at first but luckily there was a lot of information online about it.”

Rory was able to do a quick search online to learn about media kits, negotiating with brands, and working with brands in general. Although there was a lot of information out there, there are some parts of being an influencer she wasn’t prepared for. Rory says, “The hardest parts were the things I never saw coming. Everyone makes this lifestyle seem so fun and glamourous. But I have been taken advantage of by brands before. I have also had people make negative assumptions about me because I have to make my feed perfect like a portfolio. There’s a lot of stuff I didn’t expect.”

Rory explained that the pressure she feels being an influencer full-time. She plays the role of photographer, content creator, marketing, and she recently took on the role of being her own lawyer since she has to overlook many contracts and deals. There is also pressure since the world of social media is always evolving and what brands are looking for is always changing so she has to keep up, “I sometimes just want to post something just because, and I have to pause and think about my brand. I’m basically a walking ad. And I know I made this choice but it’s not as fun as I thought it was going to be.”

She continued, “It’s also hard to turn it off. You know? Like, I’ll be out with my friends and I’ll try to wear everything I’m being paid to promote so I can get a good shot. I’ll be out at dinner trying to get as much content as possible. I feel like I’m always working. I can’t clock out sometimes.”

Although Rory gets paid enough as an influencer to quit her day job, she says she often wonders if it’s worth it. “There’s a price to pay to be a successful influencer. I have done a lot of things I said I wouldn’t do like promoting products I’m just not passionate about. I always said I would be honest in my reviews but most of the time brands send out scripts or pre-written captions. Sometimes I feel guilty but now I’m so comfortable with the money I’m making.”

Rory doesn’t think she will continue being an influencer forever. In fact, she hopes to save up enough to make some smart investments or to start a business. “I don’t think it’s for everyone. It’s definitely not for me forever. This isn’t my forever thing. This is just a step in my process.”

Her advice for anyone who wants to be an influencer? “If you think it’s just fun and games, it’s not. I will never talk anyone out of it, but it is a very demanding job. You need to be smart about it and take care of yourself. There’s a huge demand for your time and there are always people out there who will question your worth, don’t let that get to you.”

She continued to warn about online scams, tricky contracts, and burn out–all things she will be happy to leave behind when she eventually steps out of her role as an influencer.

Have an interesting story to share? Send us a message! 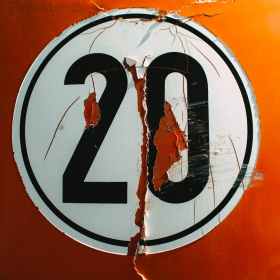